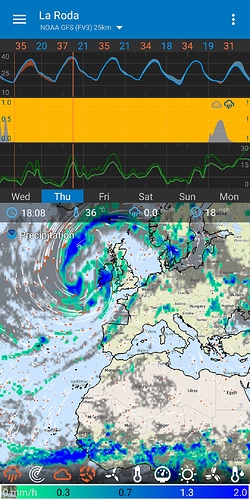 very strange working for me 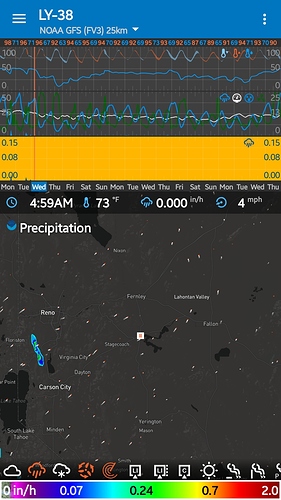 Hi Brian,
Thanks, but can you try again, this time in Spain, like La Roda.
With auto scale selected. 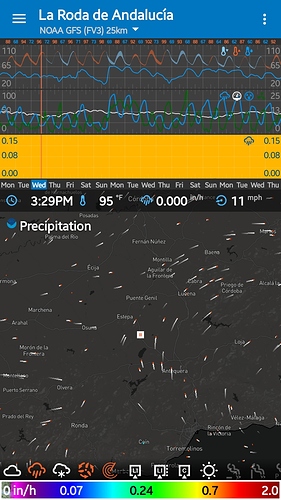 I can get similar scale readings but not when set to auto for precipitation. On auto I get !
That’s on my phone and Samsung tablet running Android 10.

@Alex definitely odd for sure sorry I couldn’t help

try again, this time in Spain,

I can not reproduce this bug.

@Alex is the bug still there for you?

@Alex is the bug still there for you?

On auto scale, yes. Still there.

I don’t think it’s a bug. I think you’ve turned on left-hand scales using some data type and then turn off the data type or the data wasn’t downloaded - so it doesn’t have any data to auto-range to.

And only for Spain. Yeah right.

Aaaahh, forget it. Don’t bother to read the posts.
I’m just saying goodbye to the other members.
Uninstall
Unsubscribe

@alex are you leaving us?

Nope.
Just a bit teed off.

Fixed.
By uninstalling then reinstalling.

phones and tablets are just mini computers and just like a laptop or desktop at times a file or data gets corrupted. glad you got it fixed

Understandably so.
At these strange times there is so many things that can get on one’s nerves.

Corrupted files or data on ones phone, that’s generating unreproduceable errors in one of one’s favorite app can unfortunately be one of the things that makes shit hit the fan.

@Alex, glad to see that you are still here!

(I’ve updated the topic with the [Fixed…]-tag.)

Corrupted files or data on ones phone, that’s generating unreproduceable errors in one of one’s favorite app can unfortunately be one of the things that makes shit hit the fan.

You may be “Teed off” because I’ve stopped putting time into your emails. This is because I found I was spending a lot of time checking out these minor bugs or non-bugs. Major bugs are obvious because many users will report them at once.

But I would argue the server runs pretty smoothly, all things considered.

Regarding the scales, it seems there were a number of steps you went through to get this bug. Given it’s a minor bug and wasn’t a show stopper, I didn’t want to spend a lot of time untangling this bug.

If I spent time on minor bug, I would have less time on major jobs. In the last week/month, I’ve been working on:

Perhaps the problem is customer expectation arising from your inadequate model description and lack of explanation. KNMI is supposed to be a 48 hour range model. In reality it’s 30 hours. Quite a lot of processing time there don’t you think ? 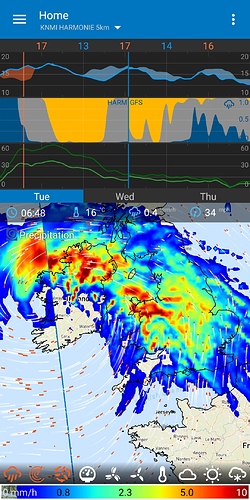 @Alex given the context of what @duane just replied, it seams that your reply was unnecessary harsh, and negative.

It seems that you are asking for perfection.

If anything, I think that the customer expectation have been arising due to all the exelent things that Flowx has going for it.