This is another weather app which is not worth downloading

One or two star reviews have been tough to handle as a developer since I care. Over the years I’ve got many that causes a roller coaster of emotion. Today I handle unreasonable one or two star reviews by not handling them - ignoring them. This strategy has worked great - I’m a much happier person.

That said, if I get a reasonable one star rating, e.g., for battery drain, I will fully accept the 1-star and definitely respond.

But today, I thought I’d have some fun with of some low star reviews. Today I’ll post the review here and you can suggest a response. It doesn’t mean I would respond. I still plan to keep ignoring them.

Flowx is undoubtedly the best weather app ever. So, being generous, I assume that some people do not have the time to invest in the steep learning curve required to assimilate Flowx thoroughly before posting.

Yes, many new users are can be overwhelmed by the new UI.

I just think these kind of comments are funny. If I installed an app and it wasn’t for me, I would not assume it’s not for other people and broadcast it the world.

How about this reply:

This is another person which is not worth trusting

Personally, I’d ignore all comments less than 4 stars.
4-5 stars may be worthy of reading. Maybe.

I am ignoring any reviews under 3 stars unless they are reasonable, e.g., battery drain, missing pro versions, etc…

But sometime I want to send a cheeky reply to silly 1 or 2-star reviews - this is why I post them here. So I can have some fun

Once a lady wrote a 1-star review with something like “Why can’t I something normal weather fronts so I can show my husband who is grumpy about the weather”. So I wrote something, like “Sorry but weather fronts are difficult to do automatically but if you do get desperate to appease your husband, may I suggest a good old newspaper :-)”. She changed the review to 5 stars. Unfortunately, either I can’t find the review or she deleted the review.

I wrote something, like “Sorry but weather fronts are difficult to do automatically but if you do get desperate to appease your husband, may I suggest a good old newspaper :-)”. She changed the review to 5 stars.

It is pretty funny but ignorant how some people are quick to give poor reviews. When the simple solution is to RTFM

Thick individuals won’t appreciate how good this app is, so just ignore them. I’m constantly amazed just how much work you do Duane, and how willing you are to promptly and courteously reply to queries and suggestion. Thanks again and take care in these C-19 times.

Thanks. I do ignore them but some I feel like giving a cheeky reply but it can turn to custard on the internet so I will be cheeky here - in my safe zone

Thanks for starting the topic @duane, I think the tricky thing about reviews at all these days is that they lack context. So in the case of the 1-start because it didn’t do what I expected, that’s not an actual review, that’s an observation. But folks are incentivized to leave reviews when one isn’t useful, so we end up with cases like this. I came here because of the whole DarkSky situation and I tried a lot of possible replacements. For me the UI is still taking a lot of time to get used to. I’ve been using it for about a week and yesterday was the first day I realized that the red & blue shaded areas on the tempature graph are the diff from ‘yesterday’. It’s a really clever UI once you get used to it but ya, you have to be used to it to understand what it is trying to to tell you.

I think that this app is good for me but I think that you are right to default to ignoring the vast majority of the 1 & 2 star reviews because it’s not for everyone.

Thanks for that. Reviews have been my biggest pain point, especially with only 350 characters to reply. I think I understand most of the context. Many 1/2 star review are reactive. A new user downloads the app, gets frustrated and want to vent. They see reviews as a way to vent and they think it’s just a soulless company on the receiving end. It’s not, it’s a person.

I get many 1-star reviews like “After the update it’s blank. Roll back the update!”. If you break this review down, it starts by saying “You suck” with the 1-star review, “this free app is broken”, “now fix my problem”. It’s a weird way to ask for help. People don’t act like this in real life, face-to-face. To be honest, I’d rather not have this user.

Then you get a 1-star review like this one: “It really sucks, go to work which is better.” - some people are real dicks!

I think it was mid July 2018, I had been working very long hours trying to get HRRR into the app. It had taken months longer than expected. Revenue was low with about $20-30/day (internet cost $10/day). This particular day nothing was working, revenue was close to $10 for the day, it was late so I decided to go to bed, and just as I was about to climb into bed a notification popped up on my phone - it was a unreasonable scathing 1-star review. I was in a dark place (partly because it was night time) and it just got darker. That was my lowest point.

But we got through it. A month later we released Flowx with HRRR and the new subscription model and it’s been positive since then. Now when times get tough, I remember that day/time and getting through it.

Most people treat each other with respect but a minority are just dicks especially online.

The best strategy I’ve found is to ignore 1/2 star reviews unless they are reasonable, e.g., battery drain, lost subscriptions.

For me the UI is still taking a lot of time to get used to. I’ve been using it for about a week and yesterday was the first day I realized that the red & blue shaded areas on the temperature graph are the diff from ‘yesterday’. It’s a really clever UI once you get used to it but ya, you have to be used to it to understand what it is trying to to tell you.

I totally agree. Flowx is not complicated. It’s just an unfamiliarity issue. Once you get used to the new features and concepts. It’s easy. I’d be interested on your point of view in a month’s time. I’m a Linux user and have started using Apple computers - and I’m frustrated. I know it’s a familiarity issue but it’s so easy to think Apples suck.

All this stuff is in the help section but most people skip that. Admittedly, the help can be improved. It has evolved with the app and we can probably rewrite it to be more to-the-point.

If you come from another app with similar features, e.g., Delta Temperature, you’ll slot right in because it’s familiar. Flowx has many new features and concepts that you won’t find in other apps and this can be overwhelming for new users. But it’s hard to get around this.

BTW, wait until I add “Delta Temperature” to the map 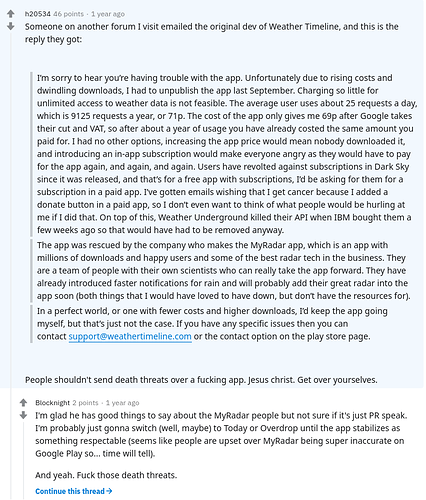 Not bragging just saying I had no problem when I downloaded this app, I tried so many others then somehow found this Amazing App had a glitch contacted @duane He replied quickly we worked together Duane found the issue made a quick update Loved the App Even More. Thank You @duane​:+1: